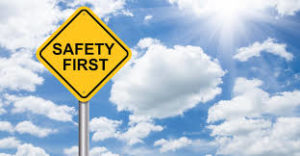 Anxious parents considering youth football for the first time might take note of the following misconceptions:

We hope you will peruse all of the information on our website and decide to join us. Your child can come on board at any age and there are various recruitment events, mini camps, and other activities for you to get more acclimated with the league. You may contact us if you have additional questions. We believe the integrity and reputation of our program and coaches speaks for itself. See you on the field.